I am exploring Arizona and New Mexico peaks from my winter base in Tucson. My highest priority are to visit the 73 peaks in Arizona with at least 2000 feet of topographic prominence. I expect to finish this list within the next few winter seasons.

I have included in this list the 100 most prominent Arizona peaks and five additional peaks in Arizona with at least 25 miles of topographic isolation.

As opportunities arise I hope to visit several of the 46 peaks in New Mexico with at least 2000 feet of prominence. However, several of these peaks have no public access or are problematic during the winter half of the year. I will see how I progress on these lists.

Finally I include here other southwest peaks of interest to me with either significant prominence or that are the highpoints of named mountain ranges. These additions will grow as I explore more of the Southwestern USA.

The Peak Map below shows the locations of the current combined list.

The Arizona peaks in this list are organized according to the three physiographic regions of Arizona described in Wikipedia: Geography of Arizona. 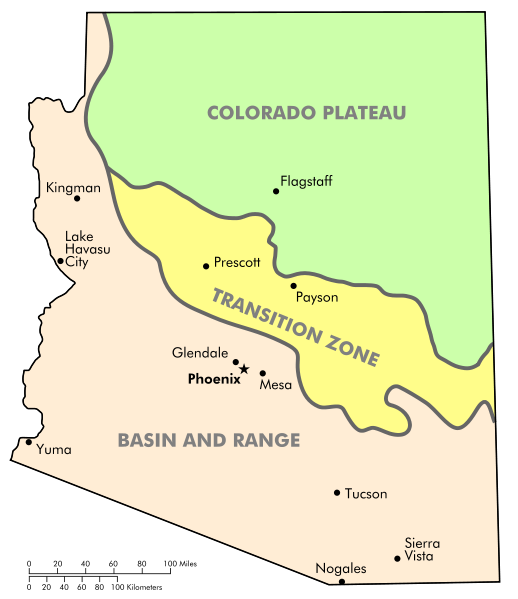 New Mexico has 46 peaks with at least 2000 feet of topographic prominence. Several of these peaks have no public access.