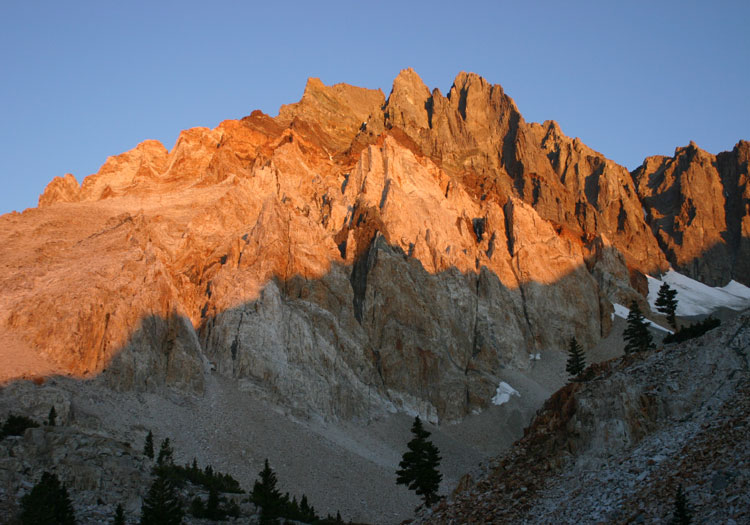 There are eleven Californian peaks with an elevation of 14000 feet or more and having at least 300 feet of prominence (rising 300 feet above any saddle connecting it to anything higher). Four additional peaks with elevations above 14000 feet have attracted significant climber interest. These fifteen peaks are generally considered by climbers to be the California Fourteeners. All but two are in the Sierra Nevada.

I first climbed in the Sierra Nevada in 1986 when I hiked up the Mount Whitney Trail. I returned to the Sierra Nevada several times alone and with different partners to climb other peaks and gradually accepted the challenge of climbing all of the California Fourteeners. Keith Garlinghouse joined me in this challenge in later years and provided essential encouragement for me to complete it.

"... Then it seemed to me that the Sierra should be called, not the Nevada or Snowy Range, but the Range of Light. And after ten years of wandering and wondering in the heart of it, rejoicing in its glorious floods of light, the white beams of the morning streaming through the passes, the noonday radiance on the crystal rocks, the flush of the alpenglow, and the irised spray of countless waterfalls, it still seems above all others the Range of Light."

View from the top: Keith Garlinghouse fulfills quest to summit the ‘14ers’