On Saturday morning, April 22, I met Michael Berry at the entrance to the Chiricahua National Monument. From there we drove into the Monument and spent the rest of the day hiking and climbing Cochise Head in the northern Chiricahua Mountains. 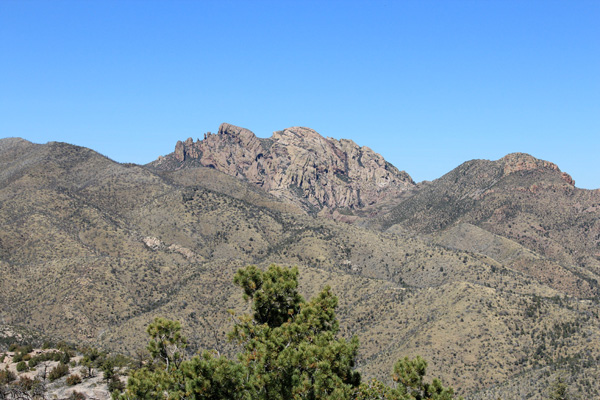 Cochise Head is the 83rd most prominent peak in Arizona with 1913 feet of prominence and 8113 feet of elevation. It is located just north of the Chiricahua National Monument. I visited the monument the previous afternoon and observed Cochise Head from Massai Point. 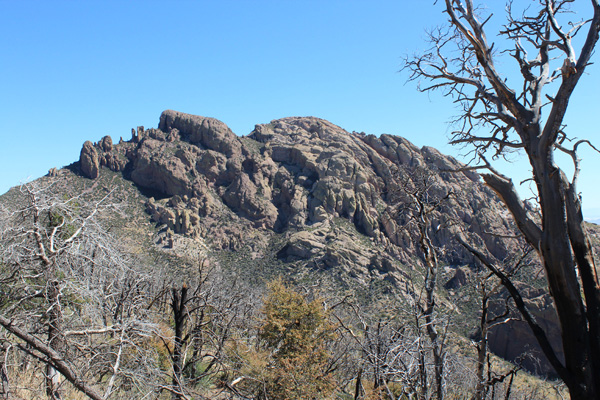 Cochise Head from the traverse to Woods Canyon Saddle

Michael and I accessed the peak from the gated King of Lead Mine Road. We hiked this road past the King of Lead Mine to a saddle. At the saddle we left the road to the north on an unmaintained trail marked by a cairn. This trail led to another saddle where we got our first view of Cochise Head. The Cochise Head rock features form the appearance of a huge face with the chin, lips, nose, and forehead appearing left to right and an eye socket appearing below the forehead.

From this saddle we traversed NNW down a forested slope to Woods Canyon Saddle. We tried to follow the trail on this traverse, sometimes losing it and regaining it lower. I noted some old orange flagging tape along the trail that needed replacement. 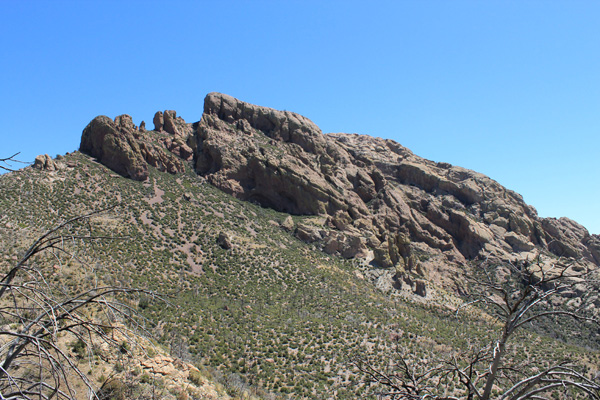 The steep southwest ridge leads to the chin

From Woods Canyon Saddle we climbed directly up the steep southwest ridge of Cochise Head towards the “chin”. It was a sunny and hot morning and the heat drained a lot of energy from us. We rested in some shade at what might be called the “adams apple” visible to the left of the chin. 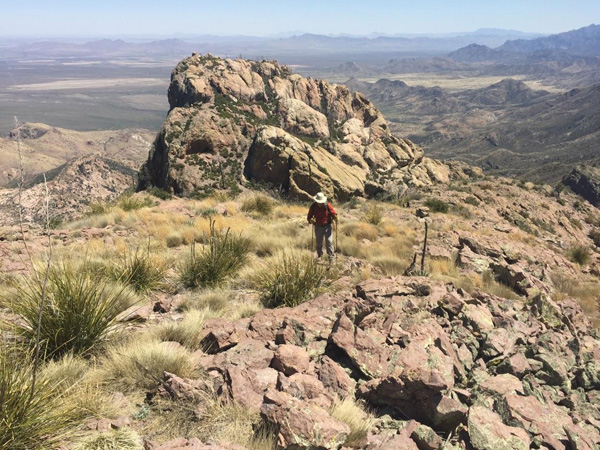 After resting and hydrating in the shade we climbed past the north side of the Cochise Head rock features. We passed the chin and the “nose” to a saddle between the nose and the “forehead”. From this saddle we hiked up the bridge of the nose to its tip, the summit of the peak. 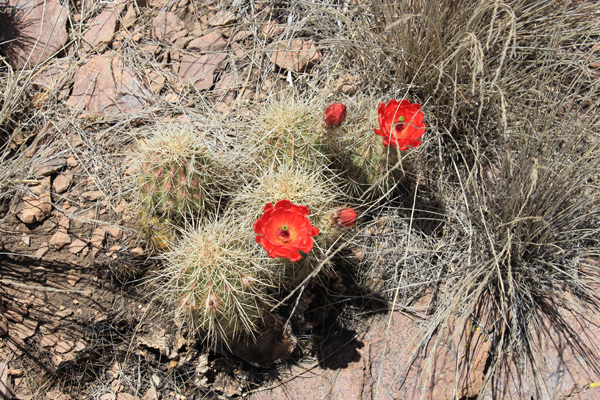 Just short of the summit, near 8000 feet of elevation, I stopped to photograph hedgehog cacti in bloom. 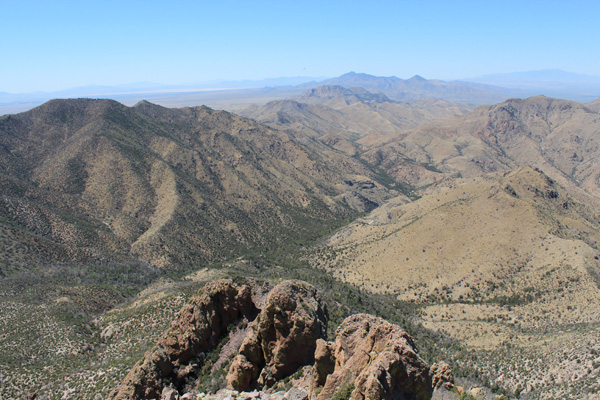 We enjoyed the summit views. To the northwest I recognized Dos Cabezas Peaks which we had climbed in March with Eric Kassan and Matthias Stender. Dos Cabezas Peaks is visible against the sky in the center of the above photo. 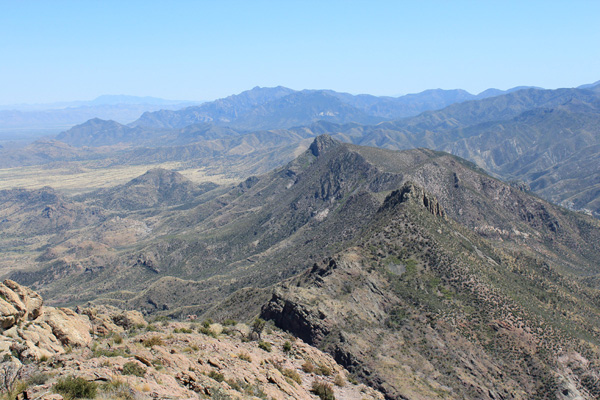 I identified other prominence peaks I planned to someday visit on my exploration of Arizona. In the above photo Portal Peak appears to the SSE against the sky just left of center. To the right of it and slightly below is Silver Peak. I planned to hike Silver Peak the following day. The Northern Peloncillo Mountains were visible to the east, just inside Arizona. The Whitlock Mountains were just visible in the haze to the north. I did not allow myself to be tempted by several prominent peaks in New Mexico. 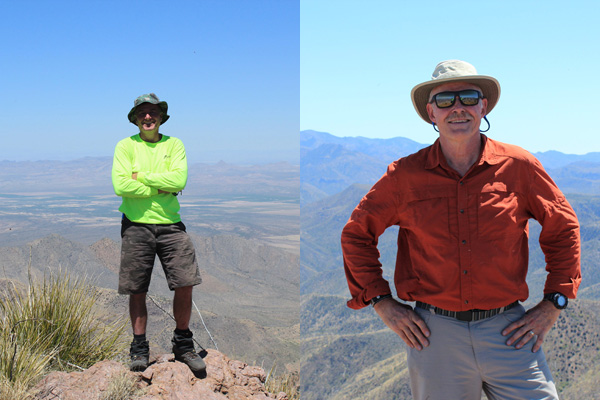 Michael Berry and myself on Chochise Head

We added our names and the date to the summit registry, recognizing several names from previous entries. I enjoyed my simple lunch and was grateful I had brought 3 liters of water/electolyte for the climb.

It was time to return. We descended the same route in the afternoon heat. The descent to the Woods Canyon Saddle went well and we were able to follow the unmaintained trail across the traverse by watching for and following the old flagging tape. We were glad to return to my Jeep. Michael left for home and I returned to my favorite dispersed campsite along Pinery Creek to recover overnight.

I had the good fortune to have spent most of my life in the Pacific Northwest, where I discovered the joys and addiction of hiking and climbing in the Cascade Mountains and other mountain ranges in the Western United States.
View all posts by Paul McClellan →
This entry was posted in Climbing, Hiking and tagged Arizona, Chiricahua Mountains, Chiricahua National Monument, Cochise Head. Bookmark the permalink.