In August I visited two Oregon Isolation Peaks. I enjoyed exploring parts of Oregon I had never before seen, though the visibility was poor due to wildfire smoke. 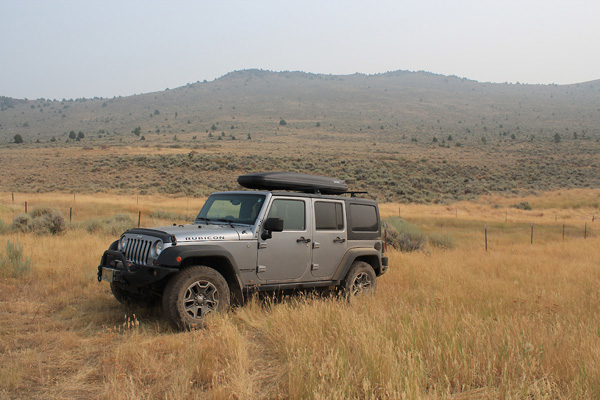 My Jeep parked beside Horseshoe Spring below Juniper Mountain

On Tuesday August 21 I visited Juniper Mountain east of US Highway 395 between Lakeview and Burns in southeast Oregon. Juniper Mountain lies in the Bureau of Land Management’s Lakeview District and is bisected by the Lake and Harney County Lines. It is accessible by driving rangeland roads east of US 395. Good tires are reassuring on these sometimes rocky roads. 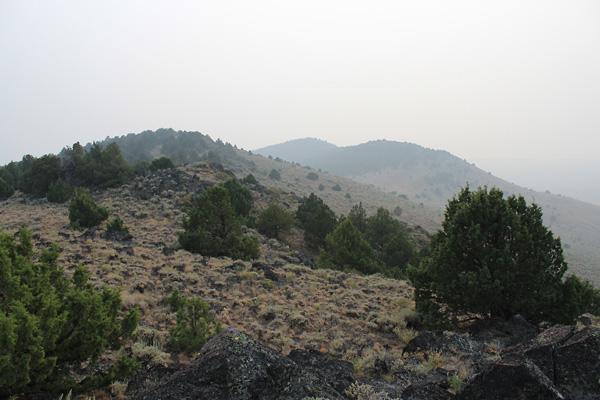 Juniper Mountain on left from the road hike

I had never been near Juniper Mountain before and its isolation invited me to visit it. Fortunately I had access information from peakbagger.com and that combined with USGS topo maps and my capable and reliable Jeep got me to Horseshoe Spring below the summit of Juniper Mountain. The road continued on to the summit but was signed as closed to vehicles beyond Horseshoe Spring so I parked there and hiked 4 miles and 1000 feet elevation gain to the summit and back. 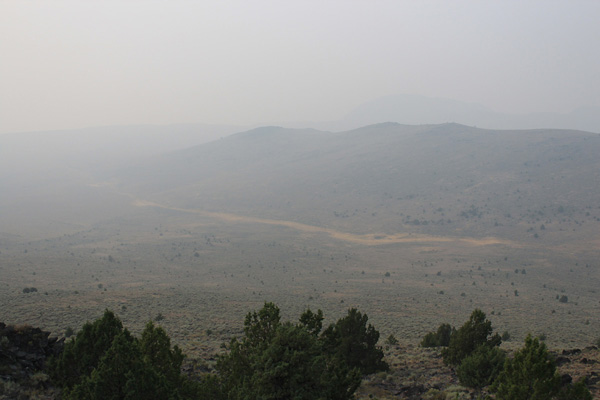 Horseshoe Spring below from the summit of Juniper Mountain. Grays Butte is barely visible in the distance.

It was a very smoky day and the views were disappointing, but I did get to visit an isolation peak and part of Oregon I had never before seen. I spent a quiet night camped off one of the rangeland roads. 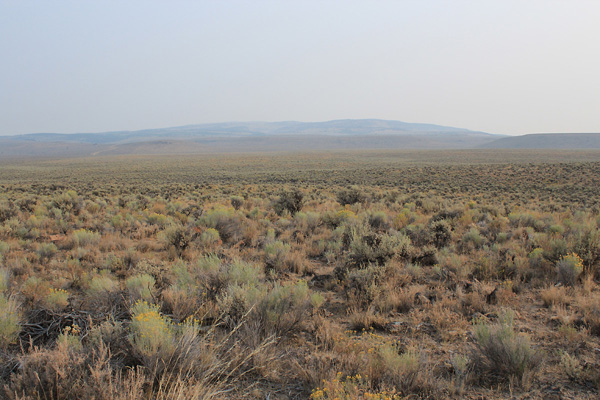 Wagontire Mountain from near US 395 just south of Wagontire, Oregon

The next day, Wednesday August 22, I visited Wagontire Mountain southwest of Burns, Oregon. Wagontire Mountain lies in the Bureau of Land Management’s Lakeview District on the western boundary of Harney County. It is accessible by driving rangeland roads west of US Highway 395. 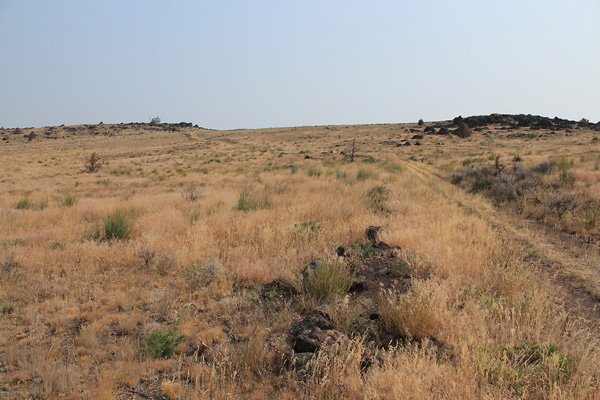 The Wagontire Mountain Lookout from the road

I had never been near Wagontire Mountain before either. Access information from peakbagger.com combined with USGS topo maps and my Jeep navigation system got me to the expected locked gate on the south slopes of Wagontire Mountain. I parked there and hiked 6 miles and 1000 feet elevation gain to the summit lookout and back. 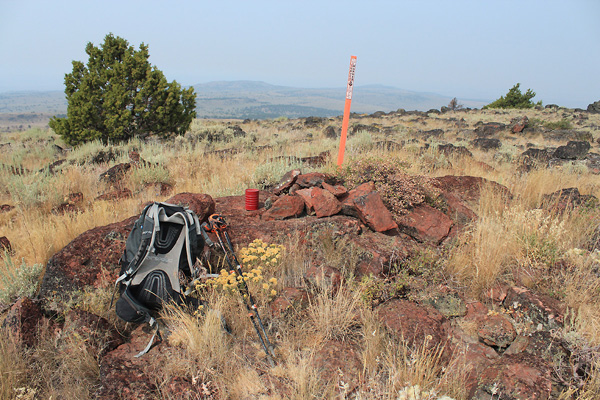 The views were partially obscured by smoke but it was a pleasant, solitary hike to a rarely visited peak and another part of Oregon I had never before seen. This hike completed my project of visiting all 27 Oregon peaks with at least 25 miles of isolation. I have so many other peak lists to work on!

I had the good fortune to have spent most of my life in the Pacific Northwest, where I discovered the joys and addiction of hiking and climbing in the Cascade Mountains and other mountain ranges in the Western United States.
View all posts by Paul McClellan →
This entry was posted in Hiking and tagged Isolation, Juniper Mountain, Oregon, Wagontire Mountain. Bookmark the permalink.