On Saturday morning, April 23, I left my dispersed campsite along Pinery Creek and drove over Onion Saddle to the east side of the Chiricahua Mountains to hike Silver Peak. As I crested Onion Saddle and began my descent I observed the steep peaks and ridges and deep valleys below me in the morning light. This view curiously reminded me strongly of the North Cascades of Washington State. I descended into Cave Creek Canyon near Portal, Arizona, and parked at the Silver Peak Trailhead. 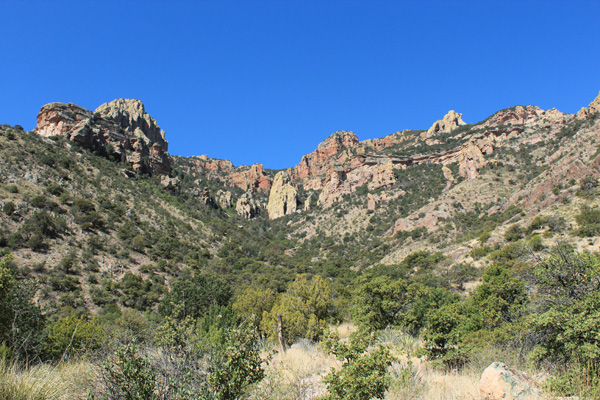 The Silver Peak Trail leads from the floor of Cave Creek Canyon to the summit of Silver Peak, the site of a former lookout. Silver Peak is the 72nd most prominent peak in Arizona with 2008 feet of prominence and 8008 feet of elevation. 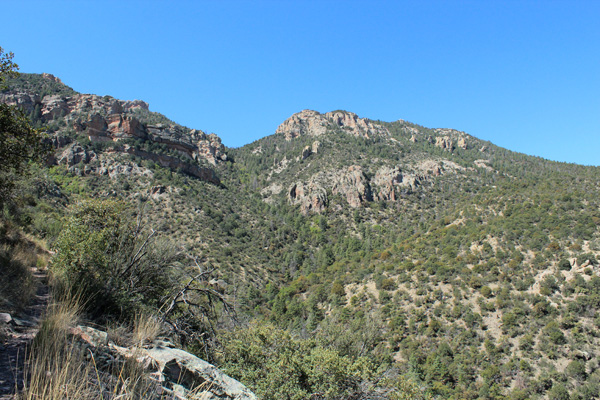 The trail passes below several cliffs on the east side of Silver Peak then passes to the north side. The summit first appeared from the trail midway up the trail. In the above photo the summit appears as a knob just right of the double cliffs on the center skyline. 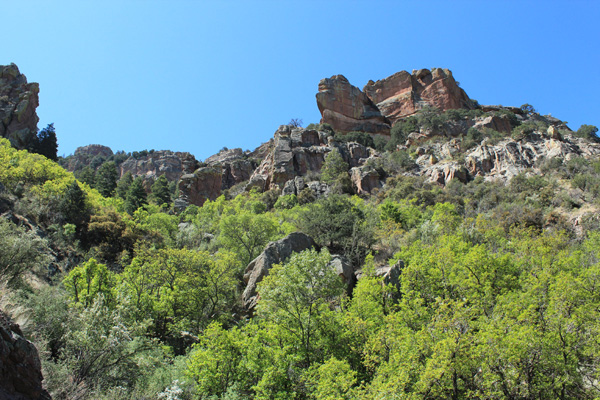 The upper half of the trail passes just below several cliffs and traverses through some thickly forested gullies on it’s way up the peak. It traverses towards the west and switchbacks up the steep pine-forested face below the summit. I was grateful for the well-maintained trail and not to have to make my own route up this peak. 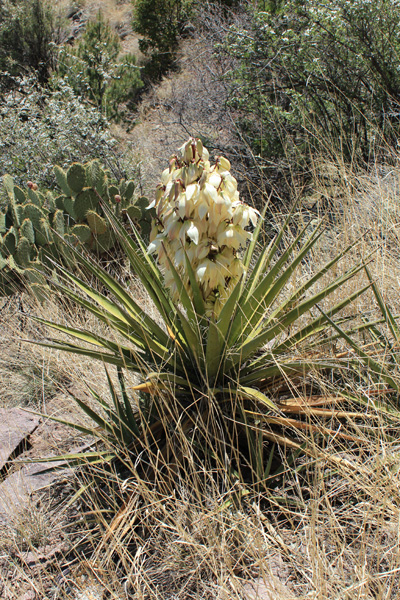 Flowering yucca along the trail at about 7000 feet of elevation

The day was sunny and warm, but much of the upper trail is on the north side of the peak and enters a welcome pine forest. I passed flowering yucca along the trail at about 7000 feet of elevation. Shortly thereafter I met a pair of hikers descending past, the only other people I saw on the trail. 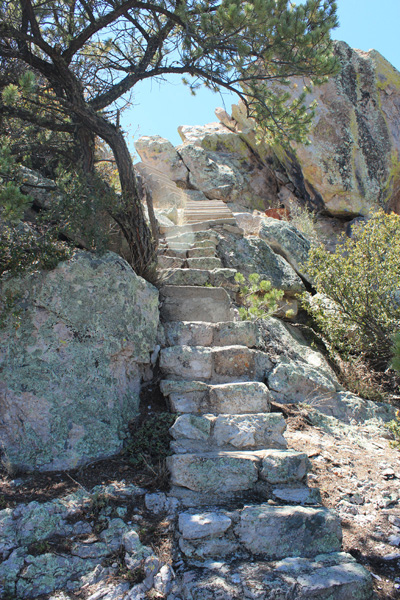 Near the summit I passed a small building and an outhouse. Just beyond I found stone and concrete steps leading up to the concrete foundation of the former Silver Peak lookout. The foundations and a cylindrical stone cistern are perched on the narrow summit. 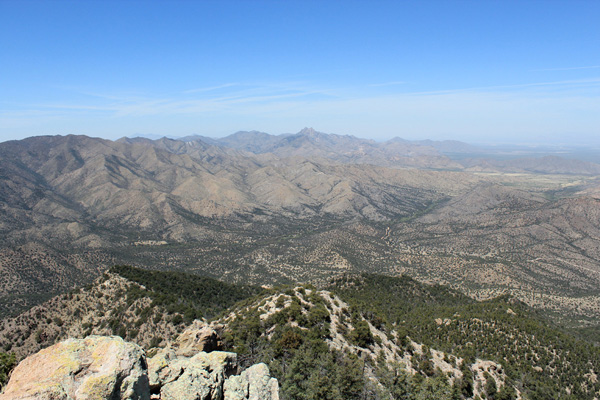 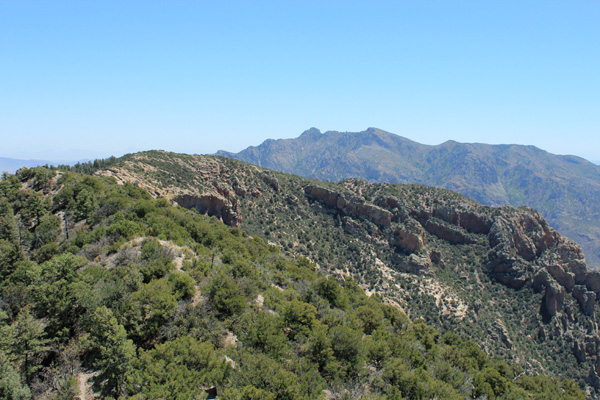 Looking southeast from the Silver Peak summit towards Portal Peak

Nearby Portal Peak rose above me to the southeast. Portal Peak is 600 feet higher than Silver Peak, but having a connecting ridge with higher Chiricahua peaks has only 1320 feet of prominence. It looked steep and challenging, nevertheless. 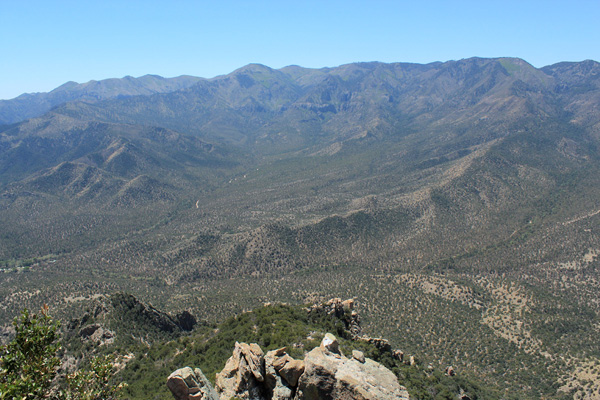 The Chiricahua Crest rising to the west of Silver Peak

The summit registry had many entries, including those of Michael Berry and Matthias Stender from last October and Paul Mueller’s entry from 13 days earlier. Paul Mueller had “activated” the peak for Summits on the Air (SOTA). I added my name and date to the other entries.

After a long descent to my Jeep I stopped at the Visitor Center. The area is quite popular with birders. Silver Peak was a fun and scenic hike to finish my weekend in the Chiricahua Mountains of Southeast Arizona.

I had the good fortune to have spent most of my life in the Pacific Northwest, where I discovered the joys and addiction of hiking and climbing in the Cascade Mountains and other mountain ranges in the Western United States.
View all posts by Paul McClellan →
This entry was posted in Hiking and tagged Arizona, Chiricahua Mountains, Silver Peak. Bookmark the permalink.