Having spend the fall, winter, and early spring hiking Arizona prominence peaks upon our return to Oregon in the late spring I was in a frame of mind to focus on hiking Oregon prominence peaks. A large number of such peaks I had not yet visited lie in Southwest Oregon in the Siskiyou Mountains and in the adjoining Southern Oregon Coast Range and Western Cascade Mountains. I decided to make my first peak bagging trip to the Siskiyou Mountains. I assembled a list of peaks, gathered maps and trip reports, and recorded key GPS waypoints to help me navigate the numerous forest roads accessing these peaks.

On May 17 I drove to and hiked Olson Mountain in the Western Cascades northeast of Medford. This peak has 1860 feet of prominence, the 94th most prominent peak in Oregon. The first challenge was to navigate the forest roads to drive to near the summit. I had viewed satellite images of the forest roads to help sketch out a possible route and marked this route with waypoints and on my topo maps of the area. This research proved to be very helpful and I was able to find my intended “trailhead”. From there I hiked up a short jeep trail, then wandered about the brushy and indistinct terrain of the summit to identify what seemed to be the highest point on the mountain. I finally satisfied myself that I had found it and retraced my route back to my Jeep.

I then drove to near Wolf Creek and followed the Coyote Creek Road east towards King Mountain. King Mountain has 2184 feet of prominence, the 55th most prominent peak in Oregon. Some sources place King Mountain in the Cascade Mountains but others place it in the Siskiyou Mountains. I had found some trip reports for accessing King Mountain, but my forest road research and topo maps helped me nevertheless make correct turns on the gravel and rocky dirt roads and placed me high on the mountain. I could have driven to the communication towers and the summit, but I stopped about 0.8 mile short of the summit and enjoyed a pleasant road hike to the summit and back.

I finished my first day by driving through Glendale and following the McCulloch Creek Road and other forest and jeep roads into the Siskiyou Mountains to a saddle just northeast of the summit of Greyback. Here I parked for the night and this proved to be a very pleasant campsite. 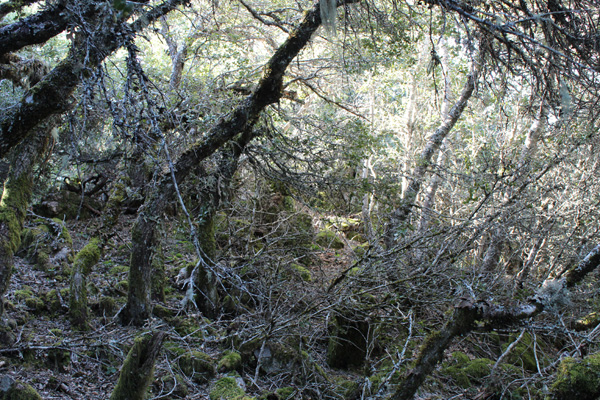 The following morning, May 18, I hiked the rest of the jeep road then traversed up forest-covered slopes to the approximate summit of Greyback. Greyback has 2002 feet of prominence, the 74th most prominent peak in Oregon. The forest becomes quite thick in spots near the summit, hiding several rock outcroppings. Eventually I found the highest point which included an informal water-logged summit registry in a jar beneath a rock. On the descent I passed through a forest opening on a ridge and enjoyed views to the south. 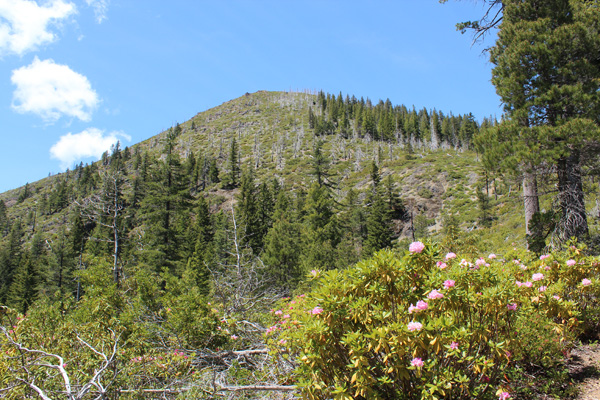 Mount Bolivar from near Trailhead

I had passed by the Mount Bolivar Trailhead previously in August of 2008 on the Oregon Bicycle Ride. This time I used my Delorme Atlas for Oregon and trip reports to follow the forest roads and reach the trailhead. I had the trailhead to myself. I enjoyed a very pleasant hike up a well-maintained and wildflower-decorated trail to the summit which had open views in all directions.

I returned to the Mount Bolivar trailhead and headed for Brandy Peak in the Siskiyou Mountains. Brandy Peak has 3618 feet of prominence, the 9th most prominent peak in Oregon. Its elevation of 5298 feet also makes it the Curry County High Point.

The drive to the trailhead for Brandy Peak took longer than I had expected. The paved forest roads were quite curvy and became gravel for several miles. I eventually reached the Bearcamp Ridge Trailhead just off FR 2308. This road had some easily crossed snowbanks and some minor debris on the roadbed. I saw no other vehicles on the drive in or out.

I took the Bearcamp Ridge Trail south, then followed the unofficial “Brandy Peak” trail leading to the summit, making this an easy hike to a scenic summit with views in almost all directions. It was a very pleasant place to linger, but I needed to return to my Jeep and find a campsite for the night, which I did along a rarely used forest road protected from gusty breezes. 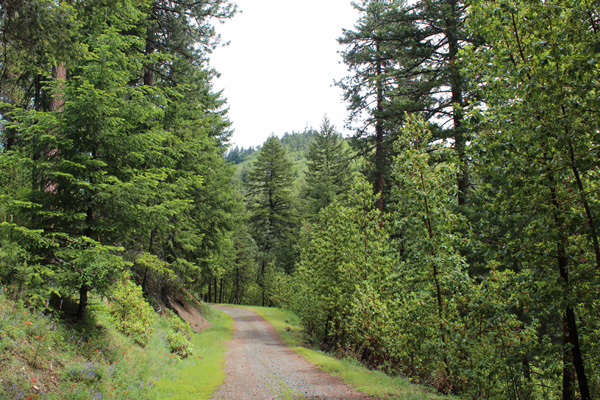 The next morning, May 19, started with the peaks shrouded in clouds, occasional showers, and a cold wind blowing through the passes. I realized I was not going to include Mount Ashland in the day’s goals, so I took my time driving to the Mount Isabelle Trailhead with a side trip further south to find the trailhead for Greyback Mountain, a goal for a future trip.

Mount Isabelle lies in the Siskiyou Mountains with 2294 feet of prominence, the 45th most prominent peak in Oregon. I hiked a road to the summit of Mount Isabelle and had nice views from there between showers and hail to higher snowy peaks sometimes showing in cloud breaks to the south.

This was my first exploration of the Siskiyous and I have already planned another trip into the region for next spring.

I had the good fortune to have spent most of my life in the Pacific Northwest, where I discovered the joys and addiction of hiking and climbing in the Cascade Mountains and other mountain ranges in the Western United States.
View all posts by Paul McClellan →
This entry was posted in Hiking and tagged Brandy Peak, Greyback, King Mountain, Mount Bolivar, Mount Isabelle, Olson Mountain, Oregon, Siskiyou_Mountains. Bookmark the permalink.