Early in the morning of March 19 I met Eric Kassan and Rich Hensley in Wilcox, AZ. They had driven down from Las Vegas the previous evening and we hoped to get an early start this day climbing Dos Cabezas Peaks, a double peak with over 3000 feet of prominence. We drove to nearby Dos Cabezas and tried to get access to Dos Cabezas Peaks via the Mascot Mine Road. Eric had repeatedly called the landowner to request permission to use the road, but he did not get any callback from the owner. We hoped that perhaps the gate was open but we found it was locked with the same phone numbers posted that Eric had repeatedly called. We attempted another, longer, access road but found it also gated and locked. So we switched our attention to Swisshelm Mountain further south. 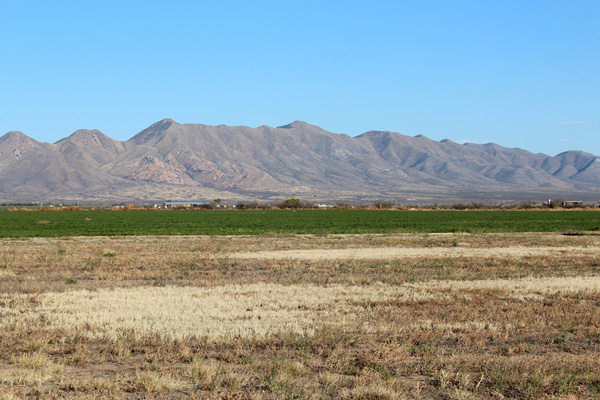 Swisshelm Mountain from the west near Elfrida

Swisshelm Mountain has 2025 feet of prominence, the 69th most prominent peak in Arizona. We first attempted to get access to it from the east which would have provided us an easier ascent. We spoke to the landowner near the start of his private road, but he refused us entry. So we drove to the west side of the mountain near Elfrida and successfully gained access to the western slopes of Swisshelm Mountain. 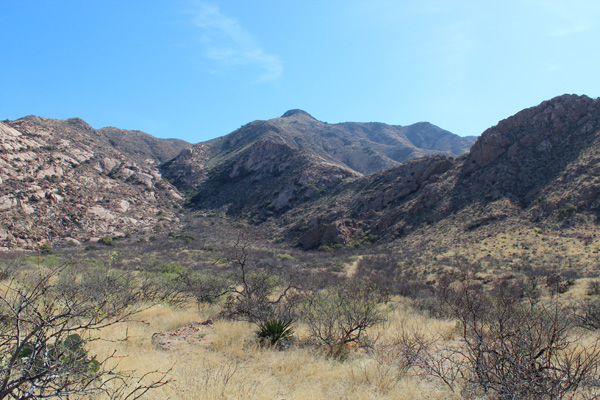 We parked our cars at the end of an access road. It was late morning and getting warm. We started by hiking an overgrown and rocky road around a rocky descending ridge to get access to a promising open slope leading up to the summit ridge. 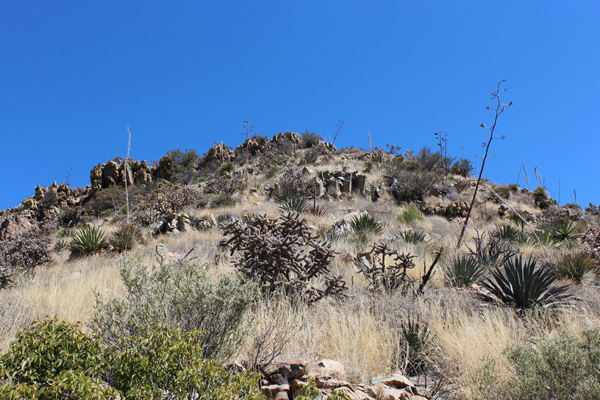 High on the west face of Swisshelm Mountain

This open slope was a tedious ascent – the slope was covered with loose rocks, some hidden in grass, and what rocks were not loose were friable, breaking off when stepped on. We weaved around, carefully stepped over, or squeezed between multitudes of cactus species. 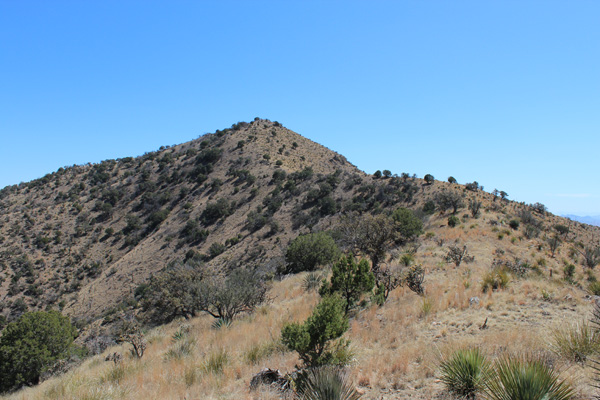 Once on the summit ridge we finally saw the summit to our south and reached it climbing over some rolling hills and up a last slope. Spots of shade along the route were quite pleasant. 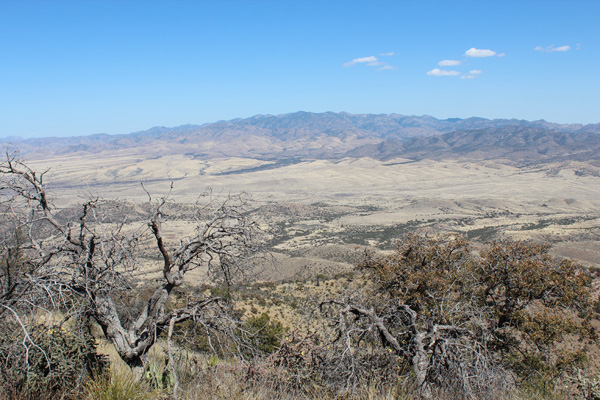 The views from the summit were excellent. We enjoyed identifying the various mountain ranges and peaks around us to the west, north, and east. The ranges to our south in Mexico were unfamiliar to us. 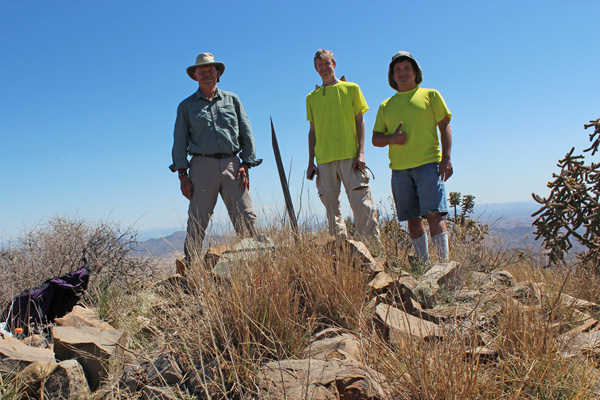 After having lunch, taking photos, and signing the informal registry we started descending the mountain, retracing our ascent route. 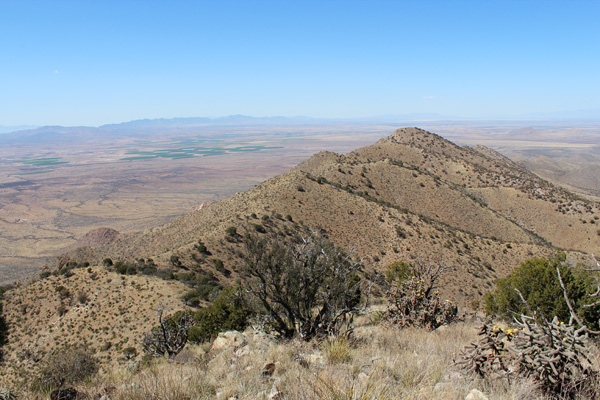 Starting our descent along the North Ridge

My taped ankle was still sore and weak from a fall on Mount Ajo weeks before so I had to take particular care on the descent not to aggravate the injury. It was a slow and careful descent for all of us. We were happy to return to our cars with a successful climb behind us. We could not linger at the cars – we had to drive north and find a campsite for the evening in preparation for another climb early the next morning.

I had the good fortune to have spent most of my life in the Pacific Northwest, where I discovered the joys and addiction of hiking and climbing in the Cascade Mountains and other mountain ranges in the Western United States.
View all posts by Paul McClellan →
This entry was posted in Climbing, Hiking and tagged Arizona, Dos Cabezas Peaks, Swisshelm Mountain. Bookmark the permalink.