Posted on December 9, 2017 by Paul McClellan

On Saturday, December 2, I joined the Southern Arizona Hiking Club on a climb of Browns Peak. Browns Peak is located in the Four Peaks Wilderness northeast of Phoenix at the southern terminus of the Mazatzal Mountains. It is the northernmost and highest of the Four Peaks with 7657 feet of elevation. More significantly, Browns Peak is the 18th most prominent peak in Arizona with 3297 feet of topographic prominence. 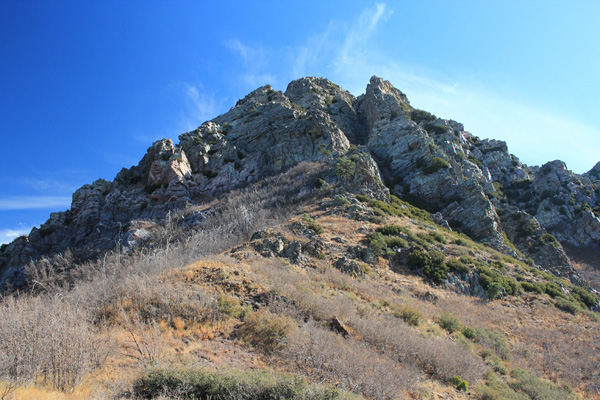 Looking up at the summit of Browns Peak. The route climbs the steep gully to the right of center.

This was my first SAHC outing for the winter season. We met early in the morning in Oro Valley, carpooled north through Globe and along Roosevelt Lake, then turned west onto the gravel El Oso Road. After several miles we eventually reached the Lone Pine Trailhead north of Browns Peak. 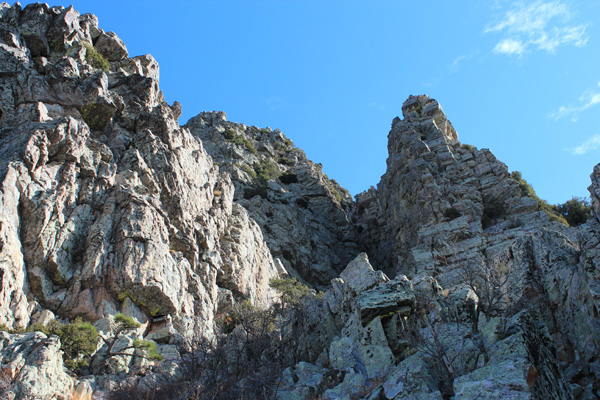 Approaching the steep gully leading to the summit of Browns Peak

The trail becomes less defined as it leads to the base of the north face of the peak. The route leads around a corner to the base of a steep gully. The lower section of the gully was loose with talus and scree, but higher we climbed three short steep sections of firm rock with ledges and hand/foot holds. I thought it was a fun climb. 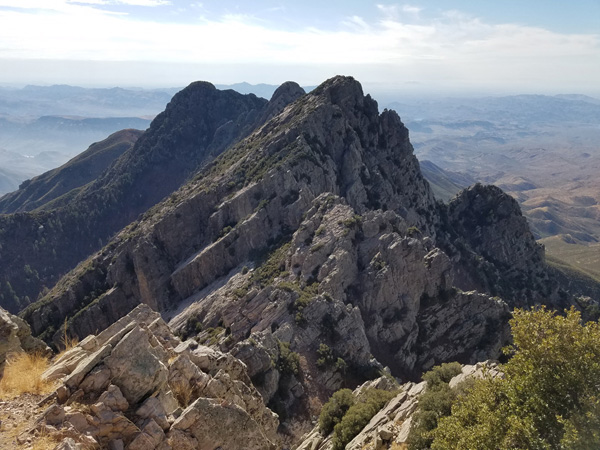 I enjoyed the views from the summit which we shared with many other climbers. The weather was ideal and the long shadows of December gave the views extra contrast. 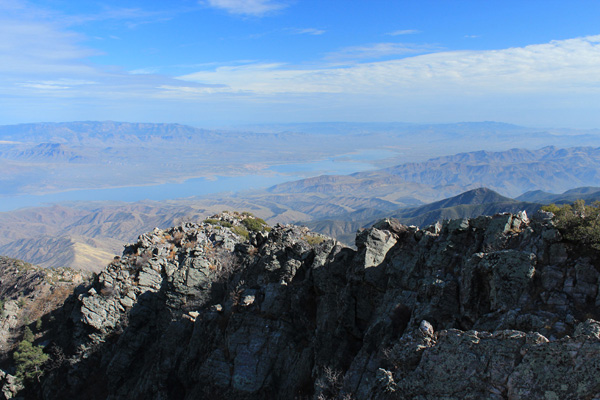 Theodore Roosevelt Lake below Browns Peak. Aztec Peak is to the left and Apache Peaks are to the right in the distance.

After taking photos and having lunch we began our careful descent. The three short steep sections in the gully went well. Once back on Browns Peak Trail we followed it out to the trailhead. 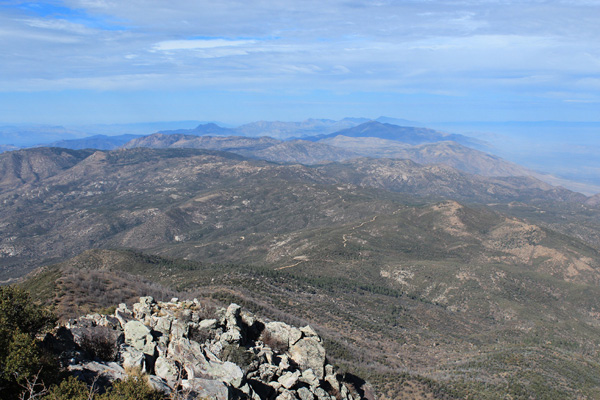 Browns Peak is a deservedly popular destination. I expect to return some day. The SAHC team, as always, was fun to climb with and I look forward to continue exploring Southern Arizona peaks with them.

I had the good fortune to have spent most of my life in the Pacific Northwest, where I discovered the joys and addiction of hiking and climbing in the Cascade Mountains and other mountain ranges in the Western United States.
View all posts by Paul McClellan →
This entry was posted in Climbing, Hiking and tagged Arizona, Browns Peak, Four Peaks Wilderness, Mazatzal Mountains, SAHC. Bookmark the permalink.