On September 16 Caleb Morris and I climbed Elkhorn Peak in the Eagle Cap Wilderness and Wallowa Mountains of Northeast Oregon. Caleb and I met a few years ago through our shared interest in exploring the highest and most prominent peaks of Oregon. Caleb has a full life with work, family, and climbing but is generous in sharing his knowledge and experience with others and I enjoy sharing a climb with him when we can. 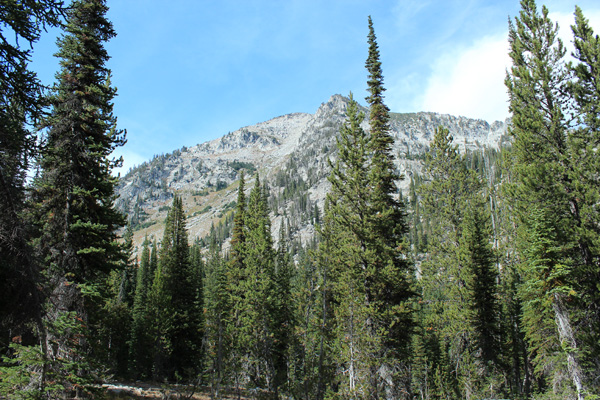 The South Gully of Elkhorn Peak from the Copper Creek Trail

I am aware of three Elkhorn Peaks in Oregon, one each in the Cascade, Elkhorn, and Wallowa Mountains. This Elkhorn Peak is the highest and most prominent of the three. It is the 21st highest peak in Oregon with 9233 feet of elevation and the 94th most prominent peak in Oregon with 1860 feet of prominence. It is located far up the Lostine Valley south of the town of Lostine and its summit provides great views of the Wallowa Mountains. 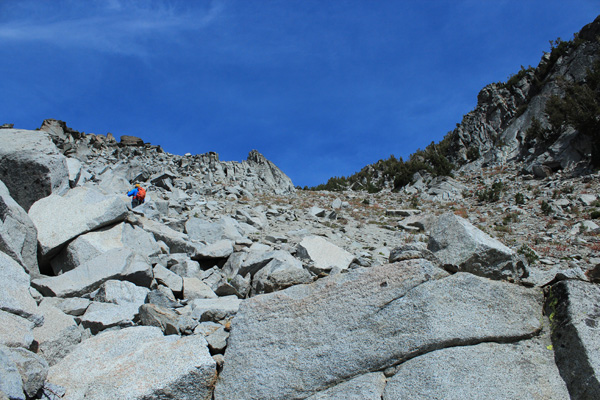 Caleb and I started at the Two Pan Trailhead. We followed the West Fork Lostine River Trail and the Copper Creek Trail, then climbed cross country and up the 2000-foot South Gully to reach the summit. We avoided some loose sand in the center of the steep gully by scrambling over granite boulders on the left side. Scrambing over firm granite boulders is a fun and creative activity if it is not in the dark at the end of a long day. The South Gully was a direct and efficient way to the summit. 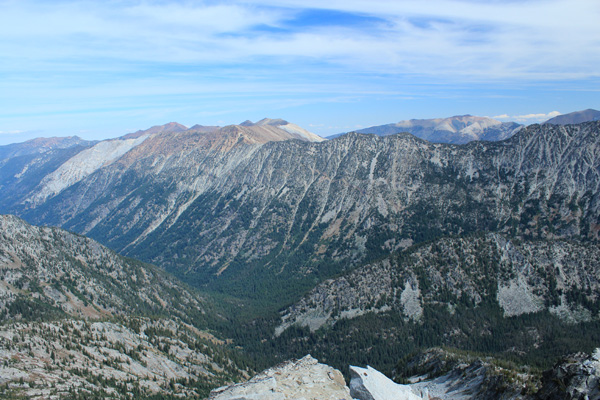 It was a cool day with a breeze and some clouds. The summit views were beautiful and some higher peaks had a dusting of recent snow. We lingered on the summit and tried to identify the many peaks we had climbed in the past or planned to do so in future years. Hurricane Divide rose from the Lostine River Valley to our east. 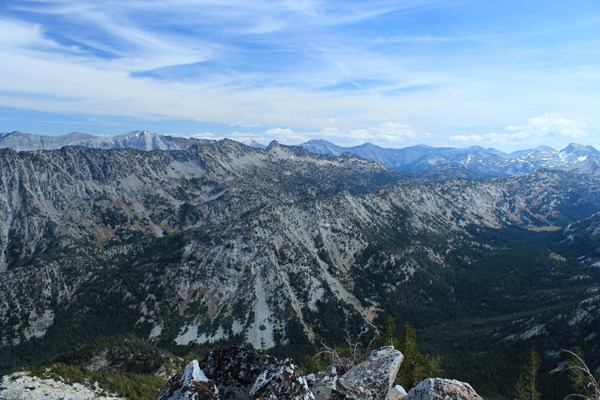 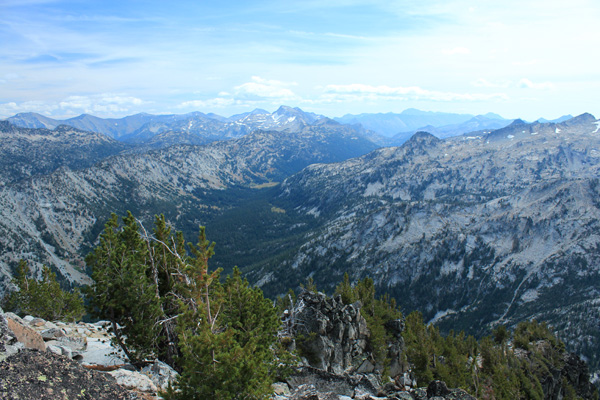 The West Fork Lostine River lies below Elkhorn Peak to the southeast. Cusick Mountain and Eagle Cap rise beyond in the distance. In the far distance to the right of Eagle Cap rise Red Mountain and Krag Peak, two more peaks I hope to visit with Caleb next summer. 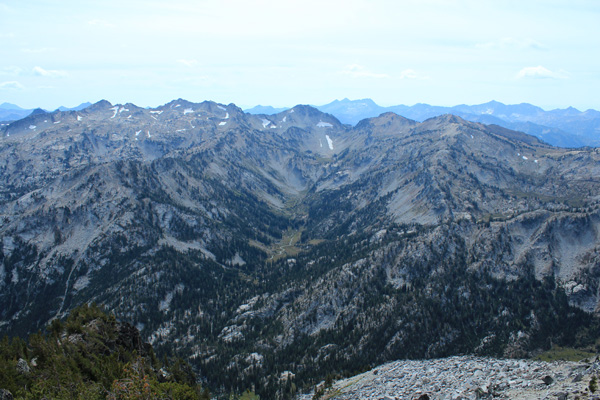 Glacier Mountain rises directly south of Elkhorn Peak. On the distant horizon beyond Glacier Mountain and the Upper Copper Creek I recognized some peaks that I visited in October of 2014. 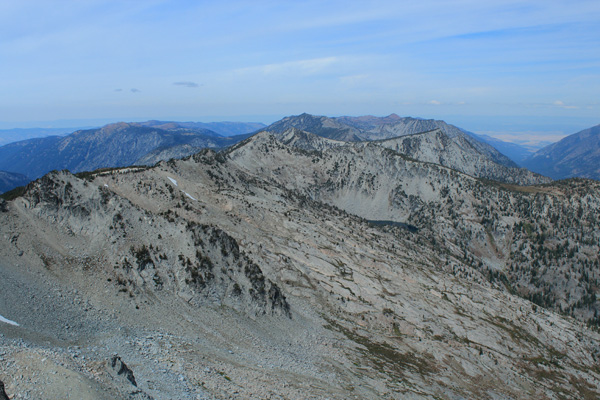 The Wallowa Mountains contain 37 of the 100 highest peaks of Oregon and the view from any of these summits can be overwhelming for someone wanting to climb all of them. Yet, the Wallowa summit views and mountain spirits keep drawing me back and I expect to return many times.

I had the good fortune to have spent most of my life in the Pacific Northwest, where I discovered the joys and addiction of hiking and climbing in the Cascade Mountains and other mountain ranges in the Western United States.
View all posts by Paul McClellan →
This entry was posted in Climbing, Hiking and tagged Eagle Cap Wilderness, Elkhorn Peak, Oregon, Wallowa Mountains. Bookmark the permalink.